Apple says that Black creative community members and Apple allies collaborated on the Apple Watch and Sport Band design. The company adds that its Black Unity collection pays homage to the craft-quilting tradition in the Black community. 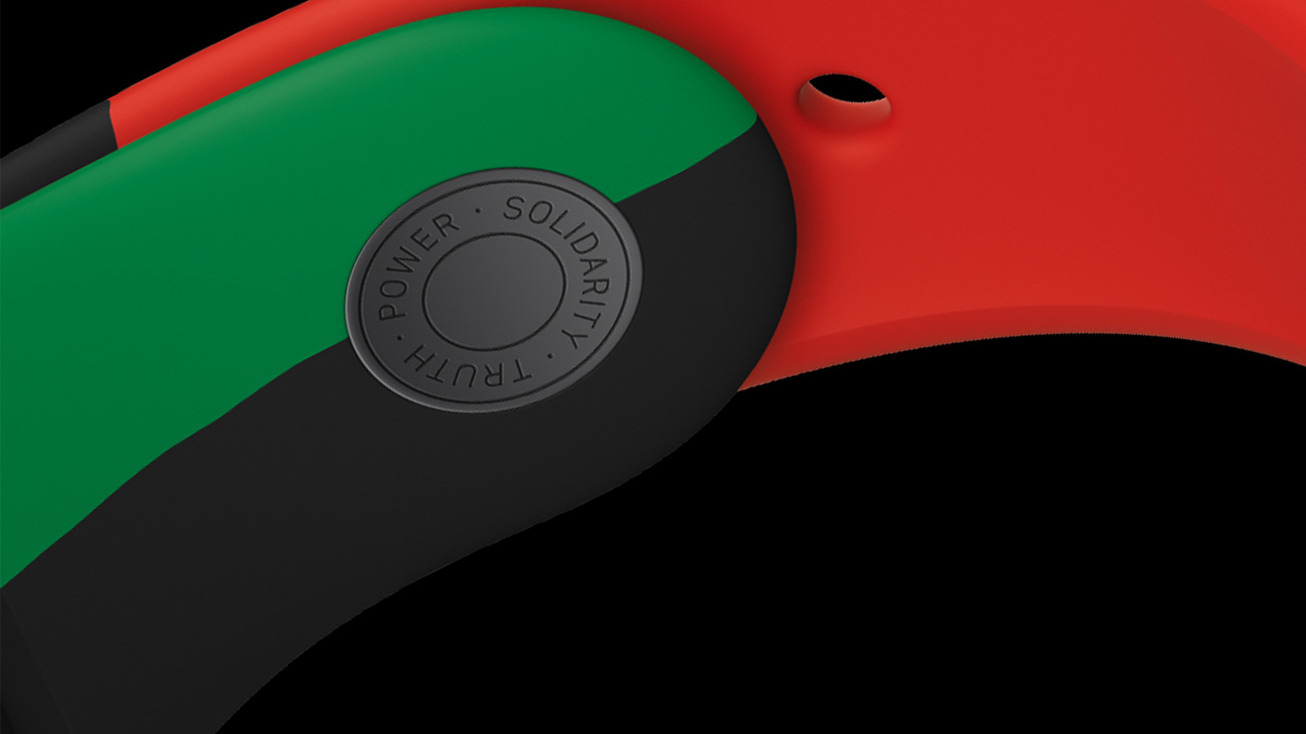 Laser etching on the band’s clasp

The colors represent “red for the blood that unites people of the African Diaspora and was shed for their liberation, Black for the people whose existence is affirmed by the flag, and green for the vibrant natural wealth of Africa, the Motherland.”

As part of the Black Unity initiative, Apple announced its support for organizations dedicated to advancing racial equity and justice. These include:

iOS 14 is running on 72% of all devices, surpassing iOS 13 adoption rates