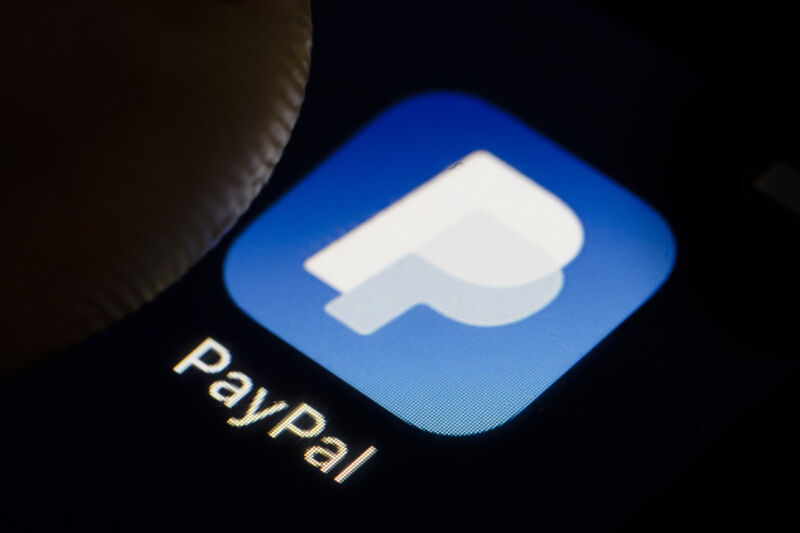 PayPal is facing a class-action lawsuit alleging that the digital payments company violated racketeering laws by freezing customer funds without offering an explanation.

When users contacted PayPal about the frozen funds, they were told they had violated the company’s “acceptable use policy” but weren’t told how that violation had occurred, the lawsuit says. What’s more, it alleges that in at least one instance, PayPal said that a user would “have to get a subpoena” to find out why.

“PayPal violates its own Agreement by failing to provide adequate notice to users whose accounts have had holds placed on them,” the lawsuit says. When PayPal does let users know it placed a hold on their funds, “it does not inform such users why such funds are being held, how they can obtain a release of the hold, and/or how they can avoid future holds being placed on their accounts.”

It also says that PayPal takes the money for itself after a 180-day hold period. “PayPal’s user agreement and acceptable use policy cannot be used as a ‘license to steal,’” the complaint says.

The three lead plaintiffs claim they had nearly $250,000 seized by PayPal. One plaintiff, Shbadan Akylbekov, ran a storefront selling hyaluron pens, which are filled with hyaluronic acid, a dermal filler that is used to reduce wrinkles. He said that PayPal took $172,206.43 from his wife’s account, which he used for his store, with no explanation. After numerous calls and letters to PayPal, he was finally told that the seizure was “for its liquidated damages arising from those [acceptable use policy] violations pursuant to the User Agreement.” He claims he never received a copy of that policy until his account was restricted.

Later, PayPal said it used those funds to reimburse customers who had purchased hyaluron pens from his store. Akylbekov followed up by asking to see documentation of the customers who requested refunds. A PayPal customer service representative said the report would be available within two days, but Akylbekov says he still hasn’t received it.

Another PayPal user, Roni Shemtov, says that she was given three different explanations for why the company took a total of $42,351.87 from her account. The first customer service representative said she had violated the acceptable use policy “by using the same IP address and computer that other PayPal users used.” A second told her that she violated the AUP by holding multiple PayPal accounts, which Shemtov denies. A third said she ran afoul of the policy by selling yoga clothing at 20–30 percent below retail price.

Shemtov was also sent an IRS form stating that she owed taxes on the funds that PayPal seized.

The third plaintiff, Lena Evans, says she had $26,984 taken from her PayPal account. Evans, who founded the nonprofit Poker League of Nations, used her account for buying and selling on eBay to organize poker leagues and to operate her nonprofit, which seeks to increase the number of women who play poker. She says that PayPal did not explain the seizure, even after repeated emailed requests. “She also tried calling PayPal a number of times but was never able to reach a live person,” the lawsuit says.

Ars has asked PayPal for comment but has not received a reply.

The lawsuit appears to have been organized by Chris Moneymaker, a professional poker player who won the 2003 World Series of Poker. Moneymaker said that PayPal placed a hold on $12,000 of his money, and he threatened to sue the company. “Anyone else that got funds confiscated by PayPal feel free to reach out to my lawyers whom [sic] are starting a class action suit,” he said in a tweet last May.

The lawsuit is seeking triple damages for the plaintiffs and class members.