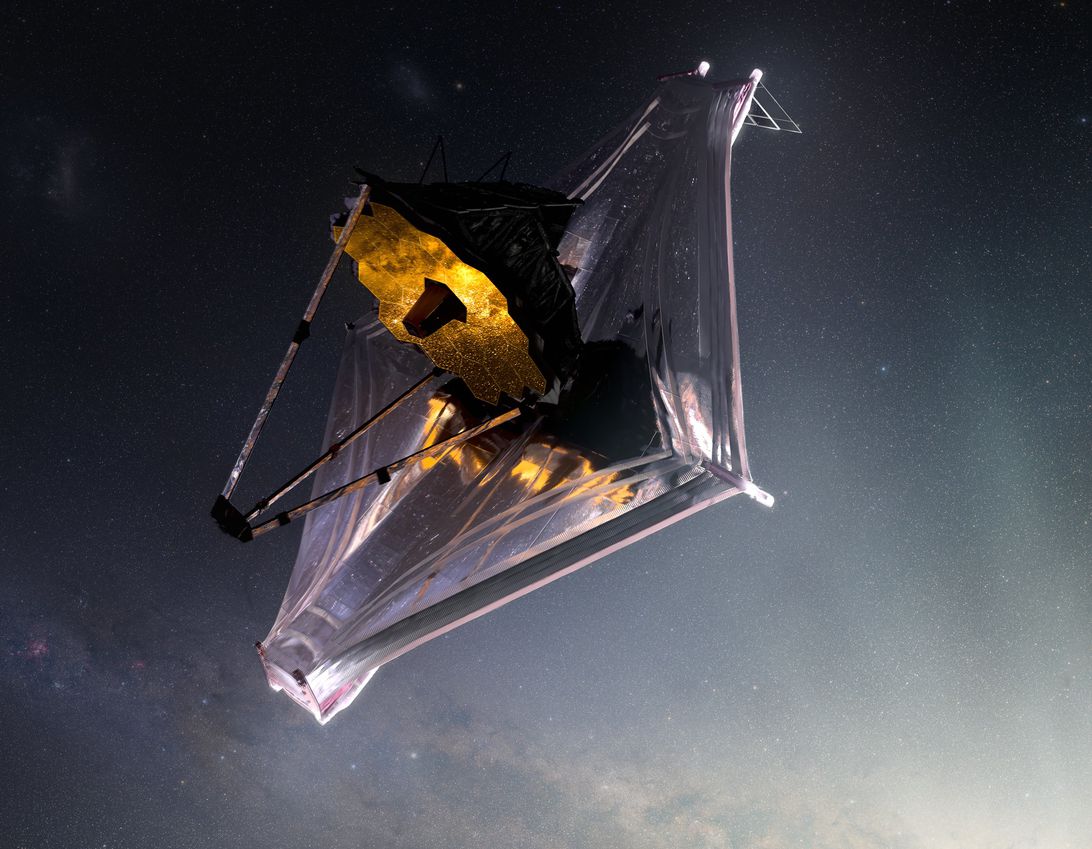 Born from the visionary dreams of an ambitious crew of scientists, NASA’s $10 billion James Webb Space Telescope blasted off on Dec. 25, ready to gaze deep into the cosmos and capture images of the universe as it was when time began. Cheers echoed across the globe as we witnessed the inauguration of astronomy’s next great chapter.

But Webb still had many miles to go. As it unfurled its origami-like folds while transiting space’s cold and dark void, the explorer headed toward its cosmic work desk at the second Lagrange point, or L2, where the gravity of the sun and the Earth balance out to keep the satellite in a steady spot.

Get the CNET Science newsletter

Unlock the biggest mysteries of our planet and beyond with the CNET Science newsletter. Delivered Mondays.

“Webb, welcome home!” NASA Administrator Bill Nelson said in a statement. “Congratulations to the team for all of their hard work ensuring Webb’s safe arrival at L2 today. We’re one step closer to uncovering the mysteries of the universe. And I can’t wait to see Webb’s first new views of the universe this summer!”

At the second Lagrange point, our new lens on the universe now sits 1 million miles away from Earth, well past the moon’s orbit, always on the side of our planet not facing the sun.

At this point of gravitational balance, Webb can limit its fuel use, has a terrific view of the cosmos and its sunshield can protect it from the heat of the sun, the Earth and the moon to sustain the freezing cold temperatures the telescope needs. The scope must live in a state of constant chilliness because its ability to unlock never-before-seen regions of space lies in its infrared imaging processors.

These fascinating pieces of machinery work by detecting precise heat signals way out in the cosmos, so heat from its cosmic neighbors – and even from Webb itself – acts like noise in the data. You can read more about the science behind infrared here.

“If you imagine looking at a telescope at night with your own eyes, and someone shines a floodlight in your eyes, you can’t see very well,” said Alison Nordt, the space science and instrumentation director at aerospace giant Lockheed Martin and part of the Webb team.

“So if you have a telescope that’s dedicated to infrared and you have it at room temperature, then it gets flooded by its own light, which is its own heat.”

Now that NASA has locked Webb into place at L2’s orbit, it’s waiting for the probe to fully cool down, which will take several weeks. Next, as Webb is pulled along its trajectory, the team says it’ll focus on ensuring every aspect of the groundbreaking space explorer – such as its 18 mirror segments and infrared imagers – are aligned and ready for action.

In a few months, we’ll be receiving our first unfiltered picture of the universe.