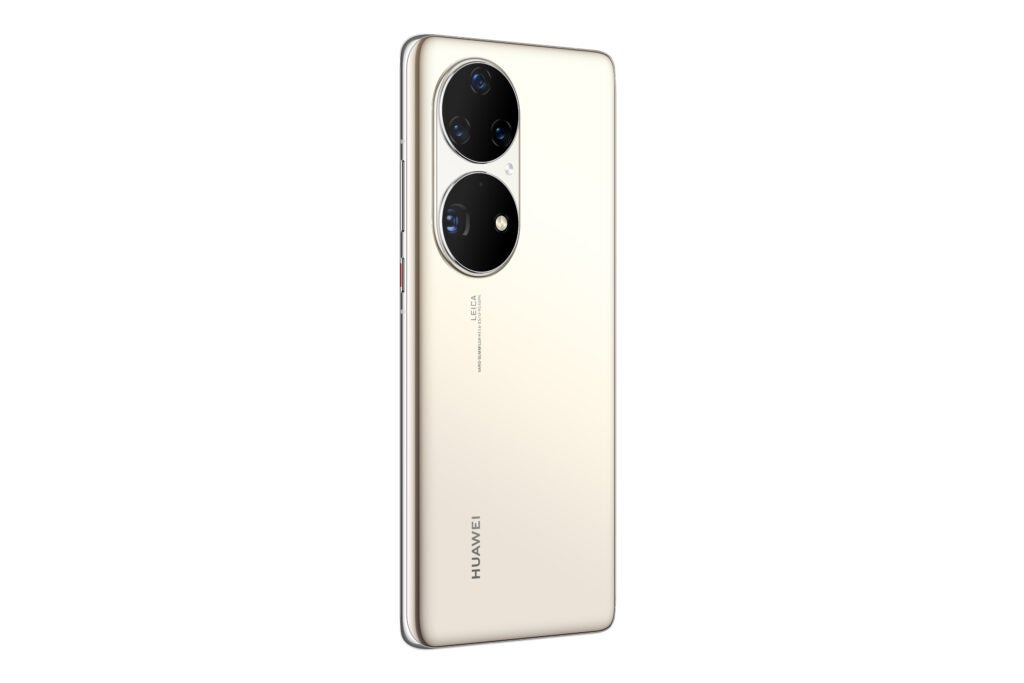 The Huawei P50 Pro originally launched in China back in July, while the Huawei P50 Pocket was a much more recent addition, having launch at the end of December. Neither phone was made available globally, however.

The Huawei P50 Pro boasts mostly top notch flagship specs, led by a 6.6-inch 2700 x 1228 OLED display running at 120Hz, wrapped up in premium Cocoa Gold or Golden Black finishes. Its Snapdragon 888 processor does rather speak to its mid-2021 origins, but that still makes it a highly capable operator.

Without doubt the headline spec here is the P50 Pro’s quad-camera system. A Dual-Matrix Camera system consists of a pair of True-Chroma cameras: one 50MP colour and one 40MP mono. Then there’s a 13MP ultra-wide, with a 64MP telephoto picking up zoom duties.

The Huawei XD Optics system is said to have “physics-defying” computational capabilities that can rectify optical errors and reproduce fine details.

As for the Huawei P50 Pocket, it represents Huawei’s answer to the Samsung Galaxy Z Flip 3. It’s a premium clamshell foldable with an even smaller and more even gap between the two halves, courtesy of Huawei’s Multi-Dimensional Hinge and Multi-Dimensional Lifting design.

It comes in two glitzy finishes, White and Premium Gold, both of which feature jewellery-like etching. The Premium Gold colourway comes as part of the P50 Pocket Premium Edition, which was designed in collaboration with designer Iris Van Herpen.

The camera isn’t exactly P50 Pro level, but it still manages a decent-sounding dual system consisting of a 40MP f/1.8 main camera and a 13MP f/2.2 ultra-wide. You also get a 32MP f/1.8 “super spectrum” camera that enables you to capture fluorescent shots.

The elephant in the room here, as always, is the lack of Google Mobile Services, which means you won’t be able to access the Google Play Store or any of Google’s apps on either of these phones.

YouTube Music for Wear OS finally gets the most rudimentary feature

Nest Hub 2022 could have a detachable tablet – report

Google finally set to cater to lefties in Wear OS

LG OLED EX TVs will be sleeker and 30% brighter