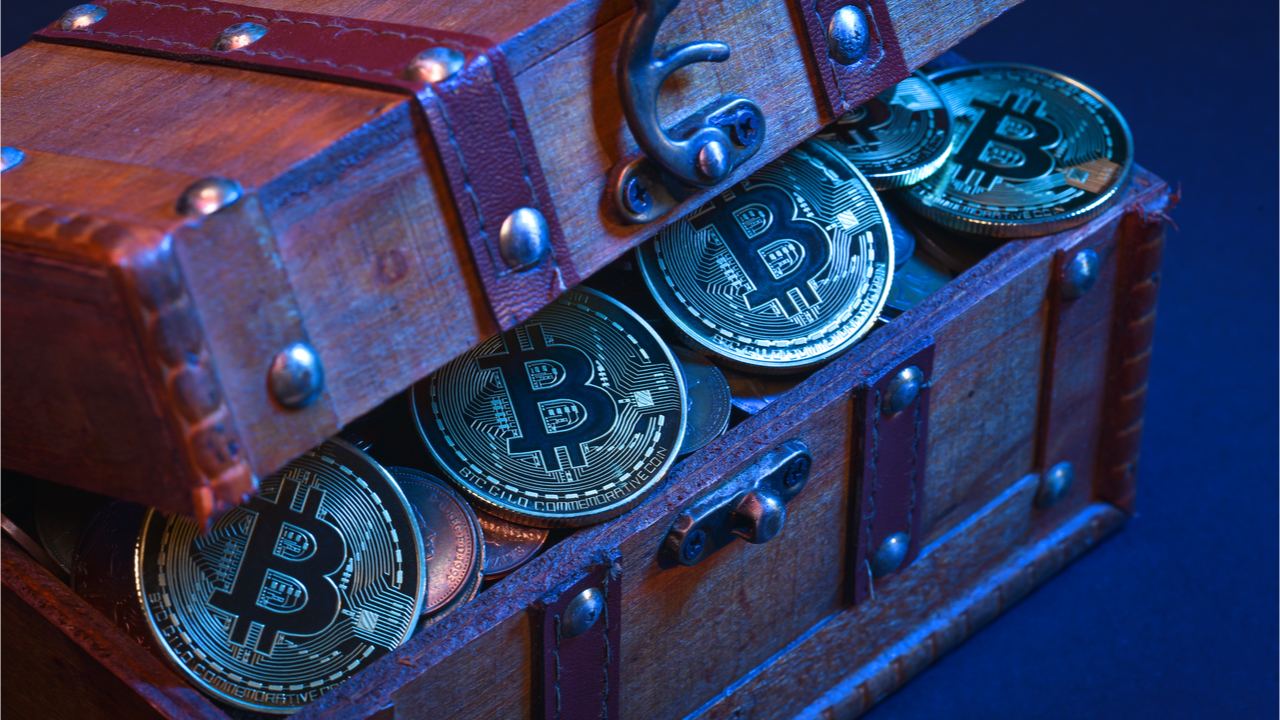 While the price of bitcoin is holding above the $21K per unit range, four bitcoin block rewards mined in 2010 were spent for the first time in over 11 years. The four block rewards were mined between September and October 2010 and the 200 bitcoin worth $4.27 million were transferred to an unknown wallet.

A large number of so-called ‘sleeping bitcoins’ have awoken from slumber as four block rewards were spent at block height 742,183. The old coins spent on Friday were block rewards mined on September 15, 16, 26, and October 29, 2010. During that time frame, bitcoin miners received 50 BTC for every block found in contrast to the 6.25 BTC per block reward miners get today.

The block rewards moved came from four addresses that include “18cxWU,” “1BJmWW,” “1FVVcE,” and “1Hdo8D.” The 2010 spends were caught by the blockchain parser btcparser.com and in all four addresses, the owner did not spend the associated bitcoin cash (BCH) and bitcoinsv (BSV) as those coins still remain idle.

Blockchain explorers show the 200 virgin bitcoins were sent to a single address (bc1q92) and the coins remain idle at the time of writing. A consecutive number of 2010 block rewards spent in the same block suggests a single entity was likely the owner of the block rewards. The bitcoins mined in 2010 over a two-month span (September and October) also suggest the spending was executed by a single entity.

It seems as though the addresses were swept, and the transactions have a very low privacy rating for various reasons. Blockchair.com’s privacy-o-meter indicates that the final consolidation into bc1q92 had a privacy score of 0 out of 100. The transactions contained vulnerabilities like matched addresses, co-spending, and the same address is used in multiple inputs.

There haven’t been many strings of 2010 block reward spends since the 2010 mega-whale appeared months ago back in March. The 2010 mega whale usually spent strings of 20 block rewards from that year all at once. Prior to the string of four block subsidies from 2010 spent, a week ago the address “1Li8RF” spent 50 virgin bitcoins, and “1LNqDK” spent 50 BTC from 2010 about a month ago.

Tags in this story

Jamie Redman is the News Lead at Bitcoin.com News and a financial tech journalist living in Florida. Redman has been an active member of the cryptocurrency community since 2011. He has a passion for Bitcoin, open-source code, and decentralized applications. Since September 2015, Redman has written more than 5,000 articles for Bitcoin.com News about the disruptive protocols emerging today.