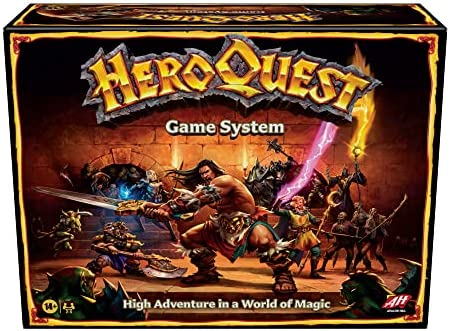 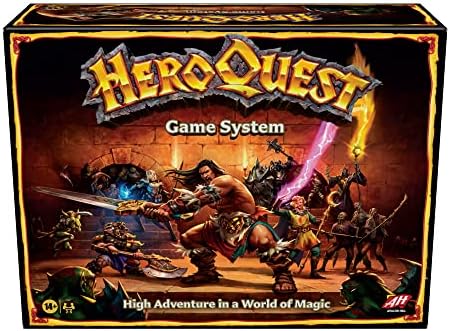 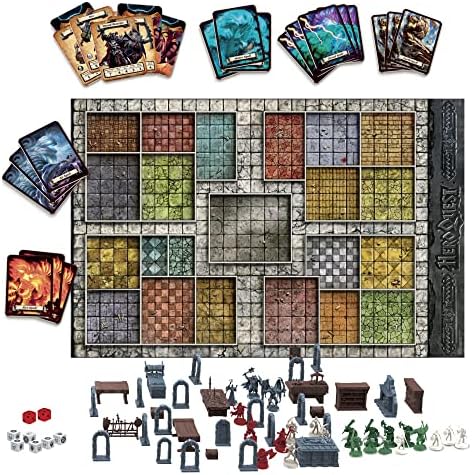 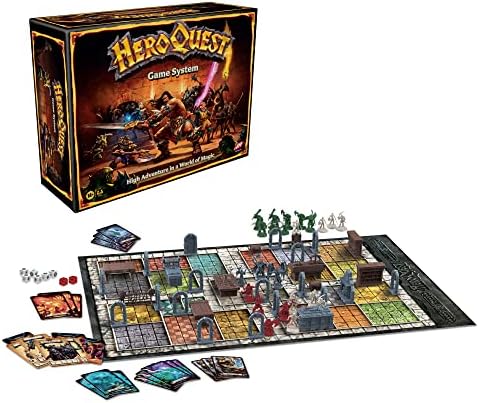 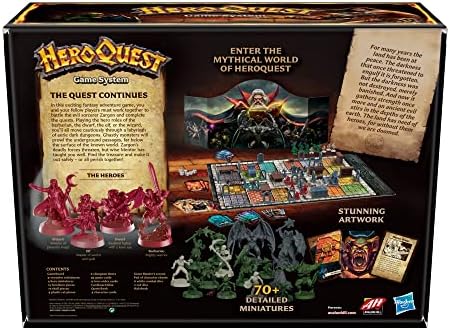 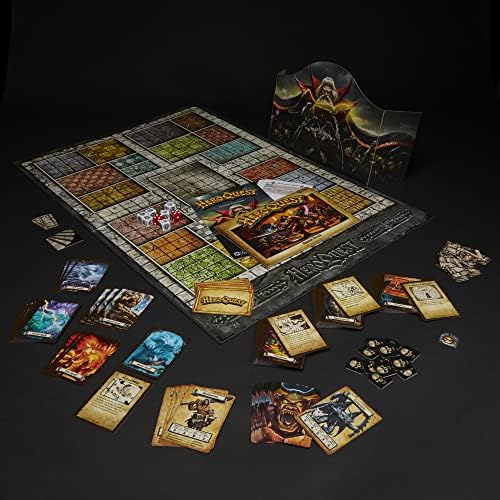 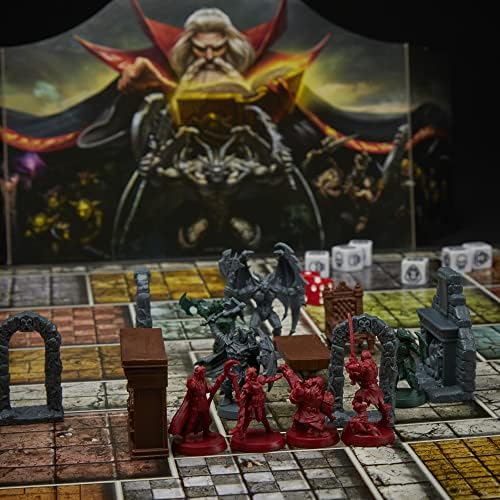 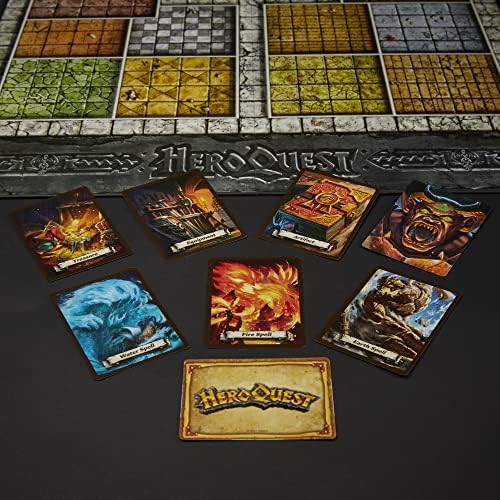 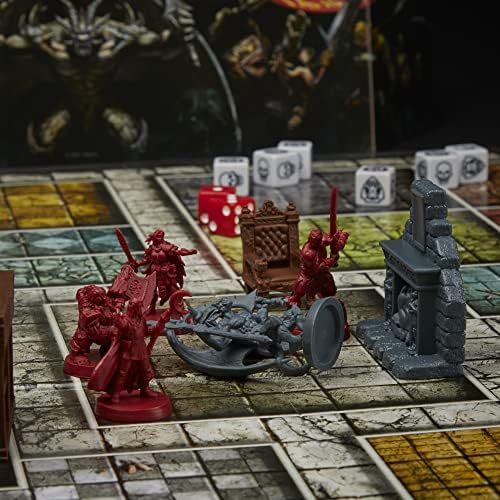 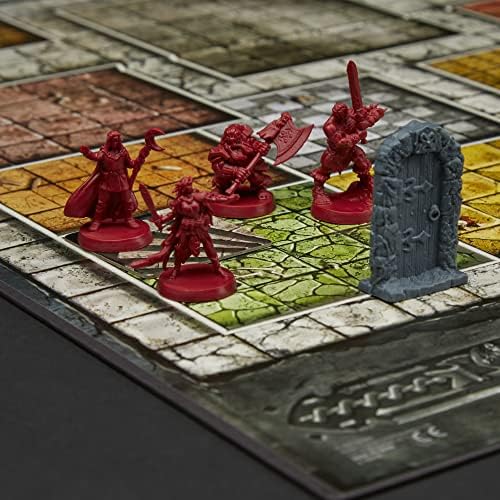 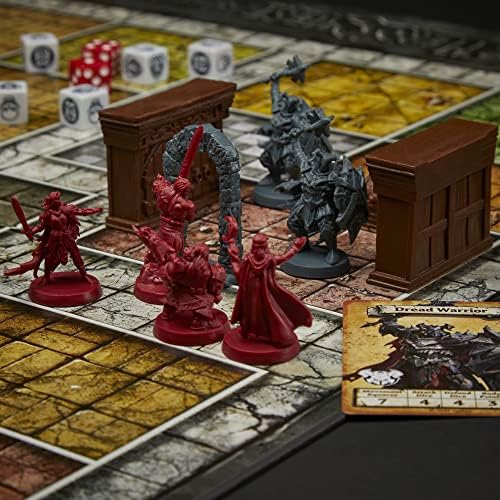 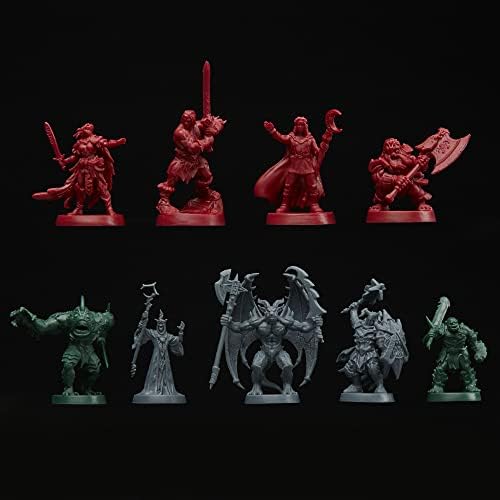 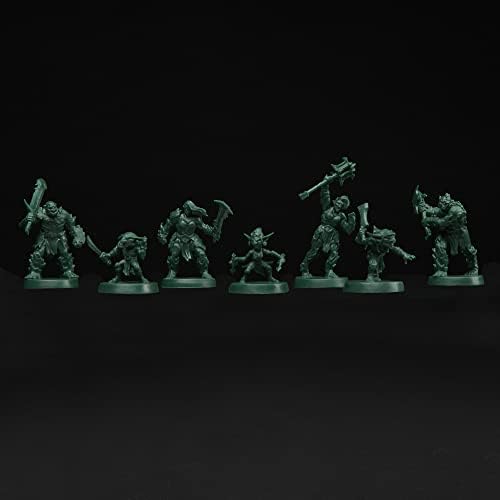 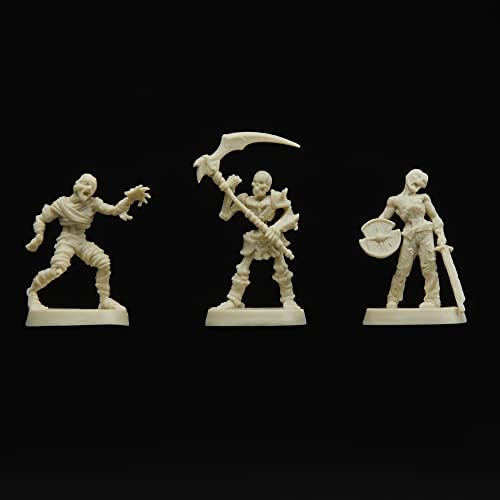 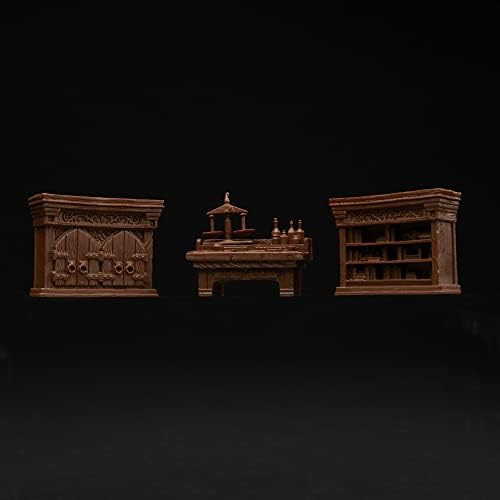 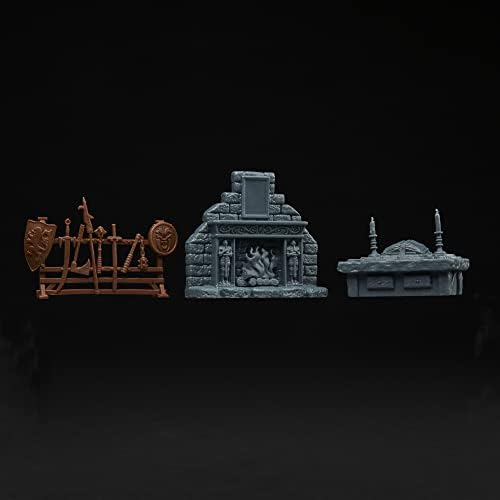 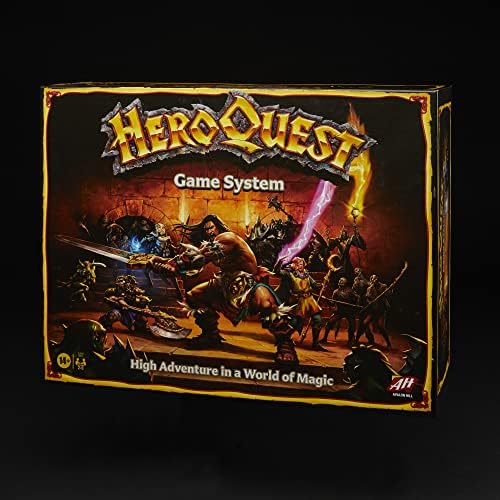 In the HeroQuest dungeon crawl board game, heroes work together to complete epic quests, find treasures and defeat the forces of evil. This semi-cooperative board game has one player taking on the role of Zargon, the Game Master, while 4 mythical heroes–Barbarian, Dwarf, Elf, and Wizard–team up in their quest for adventure in a maze of monsters and eerie dark dungeons. Players can immerse themselves in the fantasy with the stunning artwork, and 65+ detailed miniatures. The game comes with 14 quests, and has limitless replayability because players can also build their own quests and create their own stories. Gather friends together for an exciting night of tabletop gameplay in an epic battle of good and evil. The game is for 2-5 players, ages 14 and up. Avalon Hill and all related trademarks and logos are trademarks of Hasbro, Inc.
IMMERSIVE ADVENTURE GAME: The Avalon Hill HeroQuest board game is fantasy dungeon crawler in which players must work together to battle terrifying monsters and complete epic quests
MYTHICAL HEROES: The Realm is in need of champions to challenge the evil forces of the Dread sorcerer Zargon. Four heroes –Barbarian, Dwarf, Elf, and Wizard–have answered the call
STUNNING ARTWORK: The HeroQuest cards and booklets feature incredible artwork that helps takes players’ imaginations into a fantastical world filled with hideous monsters, deadly traps, and more
65+ DETAILED MINIATURES: This semi-cooperative board game includes highly detailed miniature figures on 25mm bases, and detailed furniture models for an immersive gaming experience
LIMITLESS REPLAYABILITY: This HeroQuest tabletop board game is for 2-5 players, ages 14 and up. The game comes with 14 quests, and players can also create their own stories and build their own quests

As an Amazon Associate Dealors may receive a commission
for purchases made through these links. Thank you.